We came. We learned. We planted!  Our banana peppers from our field trip to The Indiana State Fairgrounds are growing. 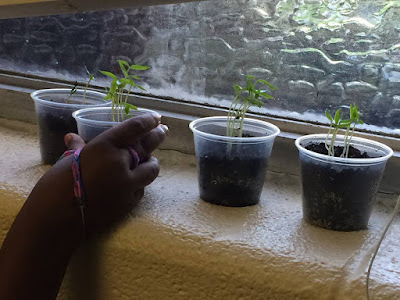 Posted by Freetown Village at 10:18 AM No comments:


Each summer, as we learn about community, we have an opportunity to meet some of our community leaders who are making a difference. Last week, we were honored to have Dr. Pat Payne visit with our campers.


"Teaching is my passion, purpose, and destiny -
Dr. Patricia Payne
CHILDHOOD﻿﻿
As a young child, Dr. Payne had a dog, named Skippy. The oldest of four children, the chore she hated the most was cleaning the bathroom, but she loved playing Monopoly and playing with her dolls - dolls that were black - just like her. Fried chicken, strawberry shortcake and apple pie are her favorite foods to eat. She was involved with her church, along with Brownies, Girl Scouts, and Campfire Girls. She also enjoyed going to the library to learn more about black history.


Dr. Payne graduated from Shortridge High School in 1957. Her least favorite subject was History. She found it hard to relate to because "it was never about anyone who looked like me."

Following in her mother's footsteps, Mrs. Payne knew at a young age that she wanted to become a teacher. She earned a Bachelor of Science degree in Elementary Education from Indiana University (1962), Bloomington, and a Master's in Education at IUPUI (1975). She also holds an Honorary Doctorate of Humane Letters from Martin University.

CAREER IN EDUCATION
Mrs. Payne taught 2nd grade in IPS for 25 years. As a teacher of mostly African American students, she grew frustrated with the lack of diversity in the curriculum. She and a few other teachers began a movement. They wanted educational resources that reflected people of color, and shared their concerns with the school leadership. They were successful and IPS began to make changes. As the school district began taking steps to address the ethnic diversity of its student population, the Superintendent of IPS called Patricia out of the classroom in 1987 to design and direct the office of Multicultural Education. This special assignment moved her passion for teaching to another level. Mrs. Payne’s main responsibility was to hold Professional Development workshops to “help teachers raise their expectation of Black children and teach them as if they know they can learn, and learn well.”

﻿Some of the programs include the Infusion Conference of Cultural and History into the Curriculum; the Multicultural Festival; an annual televised tribute to Dr. Martin Luther King; and “Spirit of Freedom” at Crown Hill, an interactive history program that celebrates African Americans in the Civil War for 5th grade students. These programs have been going on for about the last 30 years.

After 52 years of service Patricia retired from IPS in 2014. She was rehired and now serves as an administrator on Special Assignment, Racial Equity.

LIFE LONG LEARNING
Mrs. Payne has traveled the world learning all she can about different cultures, especially African cultures. She has traveled and studied in Nigeria, Israel, Palestine, Egypt, and Brazil.

SAVE THE DATE - 9/20/16: "Making a Difference: Celebrating Our Community" Awards Dinner


Posted by Freetown Village at 10:28 AM No comments:

A Living Experience in Black History

We greatly appreciate your support! 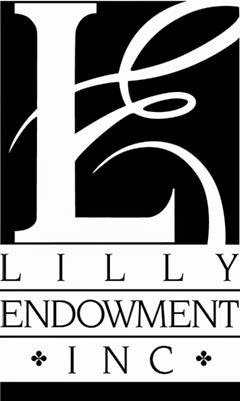 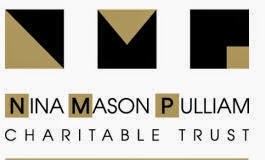 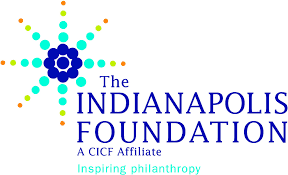 Art With A Heart